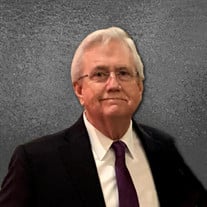 Stephen (Steve) Lewis Moon, 69, of Hoover, Alabama, passed away on Monday, October 25, 2021. He will be forever cherished by his loving wife, Sandra (Sandy) Bain Moon. Steve is preceded in death by his mother Claudia Earline Singleton Moon, his father Millard Dow Moon and his brother Colonel Millard E. Moon. Steve is survived by his wife of 38 years, Sandy Bain Moon. Other survivors are nephew, Marcus Moon; mother-in-law, Dean Bain; sister-in-law, Glenda Peak; brother-in-law, James H. Bain Jr. (Gina); nieces and nephews: Lindsay Peak (Aaron Alcodray); Logan Peak (Allyssa); Taylor Layton (Steven); Trevor Bain (Cassie); great nephews: Stellan, Brayden and Brody. Steve is also survived by his special cousin and honorary brother, James R. Pratt (Marcia); along with a host of other treasured relatives and friends. Steve graduated from Ensley High School, where his family resided during his childhood. To fulfill his desire to enter law enforcement, he attended and graduated from the Birmingham Police Academy. He then spent 10 years with the Birmingham Police Department, South Precinct in Birmingham, AL. During that time, he served his country in the U.S. Army and the Alabama National Guard. To further his career upon leaving law enforcement, he opened his own business, Legal Investigators. In September of 2002, he joined Hare, Wynn, Newell and Newton law firm as their in-house legal investigator where he remained for the past 19 years. Steve and his wife Sandy enjoyed traveling throughout their 38 years of marriage from Hawaii to London, New York to Maine and all the islands of the Caribbean. He enjoyed adventures with close friends of 38 years, Lee and Eileen Cook, from sailing around the British Virgin Islands to playing golf in the panhandle of the Gulf of Mexico. Steve immensely enjoyed his work with colleagues from his Hare, Wynn family. Debbie Byrd holds a special place in Steve’s heart for over 30 years of friendship and professional collaboration throughout their careers. Steve often referred to himself as an investigator, problem solver, and counselor to those that needed him. He himself often learned from his own experiences with his work. He was very honored to have participated in automobile rollover investigations resulting in improvements in: child car seat safety, automobile manufacturing, and many other aspects of personal injury law. Steve considered himself especially fortunate to engage in this worthy endeavor with his cousin, James R. Pratt, Attorney at Law, and others at the Hare, Wynn law firm. Steve Moon will always be remembered by those who knew him for his kind heart, mentorship and humor. He had a tremendous heart of generosity toward loved ones and strangers alike, in a quiet, unassuming way. In lieu of flowers, Steve’s wife, Sandy, asks that you honor Steve with a donation to one of his beloved charities: Tunnel2Towers Foundation, serving our fallen heroes: firefighters, police and military personnel https://t2t.org or Ronald McDonald House, helping families physically, economically and emotionally in their health care journey http://www.rmhc.org. Sandy Bain Moon and family would like to thank all friends and family for their support and love for Steve throughout his life. We are thankful for his love of God and look forward to our joyful reunion in heaven. Celebration of Life, October 29, 2021. Gardendale Heritage Funeral Home, 2214 Decatur Highway, Gardendale, AL 35071 Visitation: Friday, October 29, 2021 from 11:00 a.m. to 1:00 p.m. (CT) Service to follow at 1:00 p.m.

The family of Stephen "Steve" Lewis Moon created this Life Tributes page to make it easy to share your memories.

Send flowers to the Moon family.