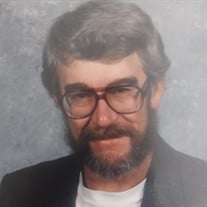 Ronald N. "Ron" Naramore, age 71, passed away peacefully Monday, September 23, 2019. He was a 1966 graduate of Martin High School in Parrish, AL and resided in Kimberly, AL. A man of many skills and talents, he was a retiree of the construction industry, where he specialized in commercial concrete technology and traveled throughout the Southeast. He was also a lifelong musician, having mastered numerous instruments including guitar and keyboard. At the time of his passing, he played guitar for a local Christian band, The Sinners, who will perform at his memorial service. He also enjoyed bass fishing, vegetable gardening, and the outdoors and nature. His love of music and woodworking led him to tinker with handmade instruments including thumb pianos, which he gifted to his grandchildren and friends at Christmas. After playing football in high school, he maintained a lifelong passion for the sport and was a devoted Alabama Crimson Tide Fan. The SEC Championships often coincided with his birthday, so when Alabama played for the SEC crown, it became a birthday celebration for him. His family and friends are comforted with the belief that Ron is in Heaven with his beloved Savior, holding a fishing pole, and smiling at a beautiful sunrise. Ron is survived by his wife of 49 years, Pamela J. H. Naramore; his children, Kelly Creel and Justin Naramore; his brothers, Wayne Naramore and Joel Naramore; sisters, Marie Smith, Annette Watson, Joan Smith, and Janet Naramore; his five grandsons, Trenton age 20 and Jacob Naramore age 16, Aidan Creel age 15, Jaden Waldrop age 15, and Avan West age 11; and an extended family of aunts, nephews, nieces, and cousins. In lieu of flowers the family requests donations to St. Jude's Childrens Hospital. A memorial service will be Friday, September 27, 2019 at 3:00 p.m. at Gardendale Presbyterian Church. ~ ROLL TIDE

Ronald N. "Ron" Naramore, age 71, passed away peacefully Monday, September 23, 2019. He was a 1966 graduate of Martin High School in Parrish, AL and resided in Kimberly, AL. A man of many skills and talents, he was a retiree of the construction... View Obituary & Service Information

The family of Ronald N. Naramore created this Life Tributes page to make it easy to share your memories.

Send flowers to the Naramore family.