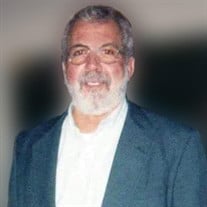 Paul Derrell McCleskey, 74, of Hayden, AL passed away Tuesday, January 11, 2022. He was born in Birmingham, AL, May 11, 1947. Paul graduated Tarrant High School in 1966 and went on to obtain an Associates Degree in Mass Communications from Jefferson State Community College in 1982. Paul enlisted in the United States Navy on July 27, 1966 and was deployed to serve as an Engineman in the Vietnam war in November, 1968. He received Honorable Discharge from service on April 16, 1970 and went on to serve 20 years in the Ready Reserves until his retirement in 1990. Paul retired from his civilian career as a diesel/heavy equipment mechanic/technician at FedEx Freight in January, 2014. He was preceded in death by his father, Paul B. McCleskey, his mother, Violet McCleskey and his Brother, Jon "Terry" McCleskey. He is survived by his wife of 51 years, Terry K. McCleskey; their 2 daughters, Wendy McCleskey and Whitney McCleskey; 1 granddaughter, Victoria McCleskey; his sister, Jolie McCleskey Brock; sister in law, Donna McCleskey and his neice, Kandace Hixson. He and his immediate family were members of the Huffman Church of the Nazarene. Paul was also a member of the National Rifle Association (NRA), the Veteran's of Foreign War (VFW) and the American Legion. A memorial service to honor Paul's memory will be held in Birmingham, AL at The Kelly Ingram VFW Post 668 at 2:00 pm on Saturday, February 5, 2022. At a later date his remains will be committed to the National Cemetery Columbarium in Montevallo, AL. Condolences may be sent to Gardendale Heritage Funeral Home. In lieu of flowers donations may be made to the Wounded Warrior Project.

Paul Derrell McCleskey, 74, of Hayden, AL passed away Tuesday, January 11, 2022. He was born in Birmingham, AL, May 11, 1947. Paul graduated Tarrant High School in 1966 and went on to obtain an Associates Degree in Mass Communications from... View Obituary & Service Information

The family of Paul Derrell McCleskey created this Life Tributes page to make it easy to share your memories.

Send flowers to the McCleskey family.