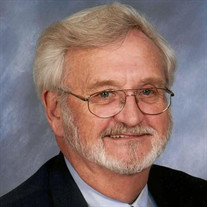 Donald Willis Piatt, age 81, died suddenly on November 21, 2020. He was born on August 2, 1939 in Harrison County, Ohio, at the family farm home. He was the third of six children and grew up in rural Ohio. Two days past his eighteenth birthday he enlisted in the United States Army and spent the next twenty-nine years as an active duty soldier. He was preceded in death by his parents Lester and Arzanna Piatt, a son Donald Wayne Piatt, brothers Emerson Piatt, Jimmy Piatt; sisters Ella Bethel and Marlene Sprowl and a great grand-son Quentin Fitzpatrick. He is survived by his wife Carolyn, son Steven Piatt (Karen), daughters Melanie Piatt, Paula Teleky (Louis); step-daughters Julia Fitzpatrick, Diane Smith (Terry) and sister-in-law Jackie Crowe; brother Gary Piatt (Phyllis), sister Joann Piatt. He is also survived by 13 grandchildren and 13 great-grandchildren plus numerous nieces and nephews. Upon joining the Army at the lowest rank, Don excelled in all of his assignments, gaining rank as soon as eigible and at 20 years had attained the highest rank for enlisted, Sergeant Major. He served stateside in Milwaukee, Wisconsin; Fort Knox, Kentucky; Fort Benning, Georgia and Fort Benjamin Harrison, Indiana. He served overseas in Newfoundland, Canada, Vietnam, Korea and West Germany. He was awarded the National Defense Service Medal, Vietnam Service Medal, Army Commendation Medal, Vietnam Campaign Medal, Bronze Star Medal, Armed Forces Expeditionary Medal, Army Good Conduct Medal, Joint Service Commendation Medal, Meritorious Service Medal, Humanitarian Service Medal and Legion of Merit. Upon retirement he began his career in Real Estate as a Realtor and Broker. He moved to Alabama in 1987 and the last few years he owned Southern Homes Realty. The people he helped buy and sell homes became his family and he was Papaw, friend and comrade to numerous people. He was a member of Gardendale-Mount Vernon United Methodist Church and a member Jefferson North Gideon Camp. He was devoted to his Gideon brothers and served in several capacities in that camp. He loved the Lord, his family and his friends. He had a zest for life, loved a good joke, and was quick to play a practical joke and laughed when he was on the receiving end of a joke. He frequently said that he never met a stranger and never let the truth stand in the way of a good story. He made many good memories and felt he was a blessed man. He leaves behind a legacy of love, generosity and laughter. He will be sorely missed but those who knew him know that he now dwells forever with the Lord. Pallbearers are Steve Piatt, Terry Smith, Jarrod Smith, Shaun Cavender, Jonathan Franklin, Greg Crowe. Honorary pall bearers Gideons of Jefferson North Camp. Pastor Micah Marcrum will be officiating the service at Gardendale Heritage Funeral Home. Family will receive friends on Tuesday, November 24 from 5:00 PM – 7:00 PM at Gardendale Heritage Funeral Home. A Celebration of Life Service will be held on Wednesday, November 25 at 11:00 am from the Chapel at Gardendale Heritage Funeral Home. Burial will be at Oakwood Memorial Gardens Cemetery following the service.

Donald Willis Piatt, age 81, died suddenly on November 21, 2020. He was born on August 2, 1939 in Harrison County, Ohio, at the family farm home. He was the third of six children and grew up in rural Ohio. Two days past his eighteenth birthday... View Obituary & Service Information

The family of Mr. Donald Willis Piatt created this Life Tributes page to make it easy to share your memories.

Send flowers to the Piatt family.