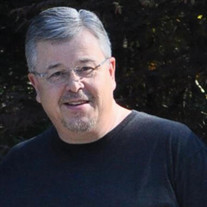 Donald Joseph Creel, 57, of Gardendale, went to be with his Savior, April 25, 2020. Don was born August 27, 1962 on the military base in Okinawa, Japan to Lt. Col. William “Bill” and Shirley Evans Creel. As a child of a career military father, he grew up in different parts of the world including Japan, Germany, Kansas, Florida, and Georgia before settling in Alabama. Don graduated from Minor High School in 1980 and continued his education, graduating to become a Registered Respiratory Therapist with Children’s Hospital of Alabama. He earned a second degree from UAB, eventually pursuing a successful career in Medical Sales for over 28 years with Medical Specialties, Inc. Although he received multiple awards throughout his career, he was most proud of the relationships he fostered with his peers and clients that became his friends. Don enjoyed any excuse to man the grill in order to host friends and family for holidays and major sporting events including the Super Bowl and any Alabama Football game. Above all, he loved his family and spending time with them was his greatest joy. He attended Gardendale First Baptist Church and supported the Jimmie Hale Mission for many years. Don is survived by his wife of 32 years, Susan Salze Creel; daughter, Kelsey; sons, Dillon and Luke; mother, Shirley; brothers, Marc (Christine) and Bruce Creel; mother-in-law, Jeanene Salze; sister-in-law, Shelly Salze Wiggins (Stan); 14 nieces and nephews and a large extended family. He was preceded in death by his father, Bill Creel; father-in-law, Freddy Salze; and sister-in-law, Sherri Salze O’Rear. A private graveside service will be held Saturday, May 2, 2020 at Oakwood Memorial Gardens with services directed by The New Gardendale Funeral Home. Rev. Billy Evans (Don’s cousin) officiating. In lieu of flowers, donations can be made to Jimmie Hale Mission or Wheeling Chapel Missionary Baptist Church at 5530 Avenue C, Lipscomb, AL 35020.

The family of Donald Joseph Creel created this Life Tributes page to make it easy to share your memories.

Donald Joseph Creel, 57, of Gardendale, went to be with his Savior,...

Send flowers to the Creel family.