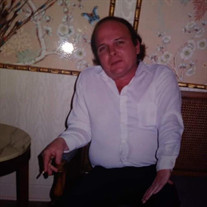 Claude Gary Thomas “Buddy “, 75 of Birmingham, born October 15, 1945, passed away on August 3, 2021 Claude has gone to a better place after fighting a battle of a true soldier. He served in the US Army and gained rank of small arms expert. During this time, Claude served two terms in Vietnam War as an Iron Ranger. He was the Big Red One, 1/16th and was part of a mechanized urban unit most of the time. When he spoke of the time, he was fondest of the peace keeping missions that he was a part of. Claude later retired from the Jefferson County Animal Control where he served as a control officer. Claude enjoyed fishing, small cars, and gardening. Claude was preceded in death by his parents Jeff & Mary Thomas; five brothers, Wilburn, Byron, Jeff, Roy and Grady; and four sisters, Annie Mae, Mable, Rose Eva and Imogene. Survivors include his son Claude Gary Thomas Jr.; his daughters, Dana Barton and Amber Hill; five grandchildren, Nathan, Hallie, Gracie, Lynlee, Zoya and Madilyn; one great grandchild, Blake; and one sister, Barbara Sweat. Visitation will be held at Gardendale Heritage Funeral Home on Monday, August 9 at 11:00 a.m. followed by burial at Alabama National Cemetery at 1:00 p.m.

The family of Claude Gary "Buddy" Thomas created this Life Tributes page to make it easy to share your memories.

Send flowers to the Thomas family.